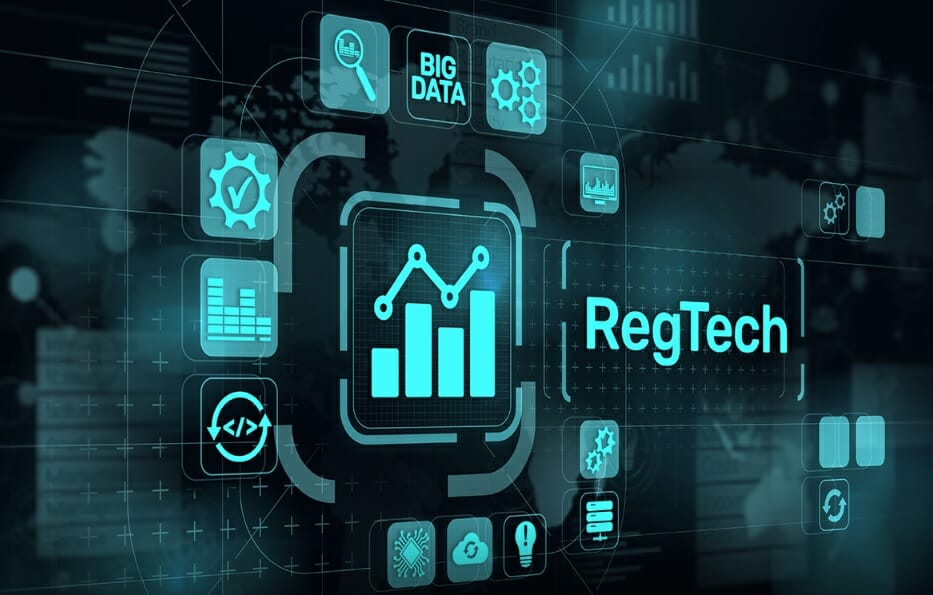 When Big 4 staple Deloitte comes out with a list of the top RegTech companies, it’s a sure sign that this emerging tech sector has arrived.

We may be wary of another tech buzzword given how much hype, and at times hyperbole, past buzzwords have received. But how many fads have been based on a topic so practical and operationally significant as RegTech?

RegTech is like the buttoned-up accountant of the tech buzzword world.

So what exactly is RegTech? It stands for Regulatory Technology and was born out of a time that was far from regular: the Global Financial Crisis of 2007. As Dan Tammas-Hastings explains in The Exploding Popularity of RegTech, “Financial institutions, particularly the banks, have entered a new world of heavy regulations with heavy fines and penalties for non-compliance.”

RegTech involves harnessing technology to meet regulatory requirements in a reliable, cost-effective, and powerful manner. From this foundation of compliance, RegTech has blossomed into much more and continues to innovate at a rapid pace. But RegTech isn’t just for banks and financial institutions – in fact, companies of all sizes can benefit from RegTech including startups, and SMBs (small and medium sized businesses).

As one of the companies featured on Deloitte’s list of top RegTech companies, BIGcontrols epitomizes innovation. BIGcontrols provides a state-of-the-art system of record with automated workflows for business compliance, which includes a master calendar and customizable email notifications to eradicate those government fines. The company adds even more value to its customers by providing an AI recommendation engine for new compliance obligations when moving into new jurisdictions – a new challenge for many SMBs given the move to a more remote workforce.

How big is the RegTech field? According to a recent report in Bloomberg, the market is expected to reach $55.2B by 2025. This number appears conservative. While technology enables companies to innovate and boldly try things that were unimaginable mere months ago, RegTech provides footing and balance on any ledge where a business might find itself.

The RegTech movement has even gone global with its own organization. The International RegTech Association (IRTA) launched in Switzerland in May, 2017 and is a non-profit designed to innovate, advance, and influence the future of RegTech. Here again, BIGcontrols is at the forefront of the industry, as Scott Nelson, Founder & CEO of BIGcontrols, has been appointed as an Executive Board Member and San Francisco Chapter co-president of the IRTA.

The future of RegTech is wide open and companies like BIGcontrols have big ambitions. As CEO Nelson recently wrote: “RegTech has dreams of going beyond automation to become a predictive platform used to monetize new business opportunities.” Keep your eye on Nelson and tech solutions like BIGcontrols as this once fledgling industry has quickly become the real deal.